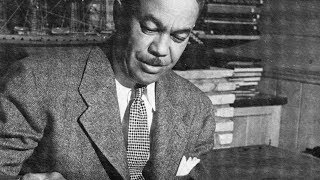 PBS has shared a documentary on Paul Revere Williams, the pioneering African American architect, in honor of Black History Month. Called "Hollywood's Architect: The Paul R. Williams Story," the documentary, which was produced by KCET and PBS SoCal, highlights his work in the greater Los Angeles region. Washingtonians may be more familiar with his frequent collaborations with Hilyard Robinson for the Howard University campus, several of which were featured as part of Docomomo

The Smithsonian Institution (SI) has continued to move forward with its planned revitalization of the Hirshhorn Museum and Sculpture Garden. The projects include a redesign of the sculpture garden and extensive repairs to the museum envelope including the replacement of all the precast panels on the building’s exterior. Docomomo DC and Docomomo US have been participating as a consulting party in the Section 106 review process for both projects. Docomomo attended a public co

Beyer Blinder Belle to Host Third in PoMoConvo Series, May 4